While user design needs to engage the customer base, UXR needs to engage the designers themselves. That means before you can do good research, you have to be sure you’re doing the right research. Lighting the way to success means helping stakeholders understand exactly what it is they’re asking for.

As mixed methods-trained researchers, PetSafe’s Hannah Ferguson and Katie Taylor have acted as guides for their stakeholders—going beyond standard quantitative studies to reach deeper information about their client base. They dig past the surface data to get to the core of customer needs, all while giving their stakeholders a deeper understanding of the UX process.

We met with Hannah and Katie to talk about the tools they are using to shine light on that humanity in their research. Together, they’re centering user stories to help their stakeholders put their best foot forward.

It’s like the double diamond for design thinking; we use dscout to flare…It tells the story that stakeholders wanted but weren’t always able to articulate. They may not say they want qualitative research, but they’re asking for it.

Hannah: About four years ago, PetSafe realized we needed to do market research and started wondering how we could get the most bang for our buck. We started with quantitative research because it allows you to quickly gather a large amount of information. The organization fell into a quantitative research cycle, and the by-product was we had a lot of numerical data, but we still really did not know who our customer was on a human level.

The question we consistently heard across our team was: why are people saying that? What makes them say that? How are they using this? They were really questions that quantitative research can’t give you.

We started to shift the mindset to show that to answer the why, we need to do qualitative research, spend time with people, get to know them, and to show what that can look like.

Katie: Our stakeholders tell us that they want the numbers, the statistically significant evidence to support their theory or ideas. But when we share that information, they often ask why the customer did something.

We’re walking this fine line between giving them what they want in the form of quantitative information while also telling the full story. We were never able to do that before, and now we’re able to come at it from a mixed methods approach starting with dscout.

It’s like the double diamond for design thinking; we use dscout to flare. We’re able to get such a breadth of information and varied perspectives, and then we’re able to focus and close that diamond with quantitative data, which tells the full story—which is so much more impactful. We’d never be able to do so if we weren’t able to talk to real people. It goes beyond just charts and graphs and closes the gaps you see in quantitative research.

It tells the story that stakeholders wanted but weren’t always able to articulate. They may not say they want qualitative research, but they’re asking for it.

Going nationwide without breaking the bank

Hannah: We had some projects where we needed to answer the “why,” and from a budget standpoint, it didn’t make sense to fly someone all around the country. But we knew we couldn’t only interview people here in Knoxville. It’s just not representative of the rest of the United States. We started to coach stakeholders into this idea.

We tried to find “hero people” within the company who were really accepting and ready to try new things. We set expectations that for qualitative research, we’re not going to talk to 300 people. We are going to try to get a representative sample of what we’re looking for. Sometimes to speak to people, you have to go to them; they’re not going to come to you.

Doing mobile remote research with dscout allows you to “go to them,” without catching a flight. So we started by doing some dscout missions alongside those “heroes”—building our successes from there.

In addition to being able to speak to consumers across the country from our office, dscout’s panel allows us to save on recruiting costs—which is huge. If you look at the number of projects we field on dscout, the cost savings, it’s incomparable.

In addition to being able to speak to consumers across the country from our office, dscout’s panel allows us to save on recruiting costs—which is huge. If you look at the number of projects we field on dscout, the cost savings, it’s incomparable.

Keeping customer experience at the center of product design

Hannah: We’ve had quite a few projects that have taught people the benefit of qualitative research. Stakeholders have their opinions, and we’re realizing that the base they think their brand speaks to isn’t who it speaks to in reality. “Who” their customer is changes, and as we’re doing research for them, we’re challenging them to be open to new things.

We were in a meeting planning to run a very traditional survey—sending all 100 products out and having customers test them for a month. In that meeting, Katie spoke up and said, “It’s really important that we see how people interact with this product. We’ve never actually seen people engage with it. Let’s send at least 10 products to participants on dscout and have them submit some videos.”

It’s a great thing we did, because during the product test we saw that participants on the quantitative side of the study were using a word with a negative connotation to describe part of their experience. The product team was contemplating design changes as a result. However, because we also sent products to participants using the dscout panel, we were able to dig in deeper and ask, “What do you mean when you say this?” We learned that although people were using a word with a negative connotation they actually meant the product was working exactly as it should. Without this richer customer story we could have made costly product changes solving a problem that didn’t exist.

Katie: We’ve just scratched the surface. We’re showing the potential impact of insights beyond just emotion. It’s like the light has been turned on for our stakeholders.

Hannah: For example, I did a dscout Live mission where I did 10 webcam interviews in a conference room and invited three engineers. I put the participants on the TV and spoke to them one-on-one.

During the whole meeting, we had engineers up on the whiteboard writing out their thoughts and sharing ideas silently. It’s important to get people in front of the customer to hear from their perspectives because sometimes people get stuck in their own conceptual “box.”

As another example, I went into a presentation with themes and evidence, and it didn’t have the impact we wanted. Later in the week, my colleague and I had another meeting with the same team and instead shared anecdotes. We shared things that we heard and saw that resonated with our audience—and got them excited. Right now, explaining “the three main themes based on what everyone said” isn’t of interest.

As an organization, we’re looking to tell the story. And when we share our participant videos and insights, people are amazed. Everyone loves to see videos, photos, and quotes—rather than just numbers and charts.

Right now, explaining “the three main themes based on what everyone said” isn’t of interest. As an organization, we’re looking to tell the story. And when we share our participant videos and insights, people are amazed.

Keeping up with fast-paced research environments

Hannah: Being able to start a project on a Monday and finishing the entire study itself in one week is something you cannot do anywhere else. We’re able to speed up the rest of the process that allows us to make time for ample analysis.

For example, a sales representative came to us on a Thursday asking to see how people shop at two of our partner retailers. dscout helped us get a screener launched by end-of-day Friday; we had fully recruited and launched the mission by Monday.

Throughout that week people were shopping and sharing their experience with us. By the end of the mission, we were able to tell the story of how participants shopped at the two retailers, helping our sales team succeed in a meeting with the retailers’ buyer the following week. There’s no other platform where we would have been able to conduct this kind of study so quickly or thoroughly.

Ali Cassity is a writer living and working in Chicago. She likes making complex content more palatable and elevating the stories that put names and faces to research data. When in doubt, you can find her obsessing over her plant babies. 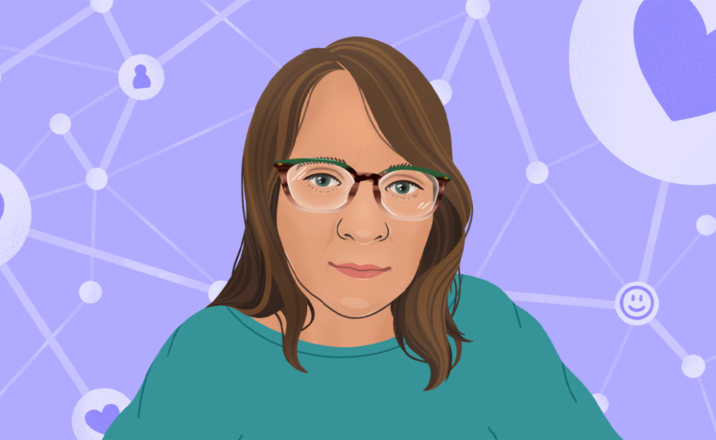