Even as she sat thousands of miles away in her home in Sydney, Australia, I saw through an occasionally blurry video that the kitchen she sat in was spotless. It makes sense. Kate Towsey’s job is to be organized. In fact, she’s a little obsessed with it.

“I love organization,” she says. “My life is well organized to the point where I have an information architecture or filing system for everything I own. It’s kind of strange for most people.”

What she thinks might be strange to others is exactly what made her great at all things community building—whether it’s leading a punk rock movement in Johannesburg, creating an operations process for a vegan shoe company, or simply getting friends together to watch Bollywood.

In 2018, she created a new kind of community to connect with others passionate about research operations. And thus the ResearchOps Slack was born. Though it started small, it quickly gained steam and now has more than 2,500 users networking, ideating, and exploring all things research ops.

Now, she’s brought that obsession with organizing to Atlasssian after a long stint as a consultant. She took time out of her day recently to chat with us about her work, her love of research operations, and the importance of “cake operations.”

dscout: How would you describe research ops to someone who might be unfamiliar with it?

One of the reasons I took on this job [at Atlasssian] as opposed to carrying on consulting is because I've got a sandpit here—a place where I can play and make mistakes, figure out what works and doesn't work and have a real story to talk about in terms of operations.

You built an entire Slack community dedicated to research ops. What was the process of building that like for you?

The community came out of me sitting at my desk and wanting to scratch my own itch to explore research ops. I felt, initially, like it wasn’t something on other people’s minds—but I was wrong. A lot of people were working on the same things and felt the same way. Once we got some movement around it, more and more people came forward.

I love building spaces and places for collaboration. For bringing communities together—whether that's getting a bunch of people together to host Bollywood Nights or creating spaces in my workspace for researchers to do their best work. I've always built little communities of things.

I found that the initial work that we did, defining research ops and building a framework, was very, very useful. That process involved so many researchers who were interested in being more organized and potentially having an operations team in place. It was just incredible to meet and work with so many amazing people around the world, with everybody coming together and giving their time.

What I love the most about the community is everybody telling each other about the companies that they're with, and what their company’s individual needs are. Seeing the industry starting to understand where we want to go as an industry is great. And I'm so happy to see that that kind of work is still happening now, without me.

You stepped away from the helm of the community earlier this year. It’s a key tenet as an organizer that you want to eventually "organizer yourself" out of the role. And with a community of 2,500+ people, I’m sure it can be very demanding.

And it’s getting bigger all the time! It's interesting because that original itch that I had is still there. I wanted a group of people who are doing my job—who I could talk with openly and privately about vendors we work with, what deal they are getting from them, how well a product is working. And the kind of things that other research operations managers talk about in firms like Atlasssian is very different to the conversations that you would have with a researcher who is just starting to build formal operations, or who just wants to be more organized, or just wants to set up processes.

I’m trying to bust through logs and trees with a machete and clear the path so [researchers] simply need to walk down it. And they’ve got signposts of where to go and pathways—like a well-maintained national park as opposed to going into the midst of the jungle.

So how does research ops look at Atlassian right now?

I now work on a 5-person team and we’re handling a bunch of initiatives: a research library, our research technology stack (particularly for quantitative toolings, but also qual), governance, research participant recruitment, how we work with program managers, internal events, etc.

Basically, we’re building out most of the ResearchOps Framework the community had researched and developed. We’re slowly bringing that framework to life and learning what sticks in reality.

We also work on procuring vendors. That means looking at tooling and making sure that we've got healthy relationships with those vendors in place. It's not just about signing a contract and getting in the money. It’s about making sure when the renewal comes up that that's happening three months ahead of the renewal and not the day before. Does our team have the right training to use that tool? Are they getting the right kind of support they need to make sure the tool is working properly for them? If it's a pay-as-you-go kind of a tool, we need to put money into that tool so that the researchers can use it.

We're also looking at our research recruitment processes and making sure that we've got the right kinds of recruitment vendors on our books so that researchers can access those vendors really quickly and easily.

And that brings up issues and opportunities around governance. How do we engage with our research participants? How do we help them to choose when to meet with us? What kind of information do they need ahead of the schedule, if any, to make them comfortable when they walk into the session?

I'm trying to bust through logs and trees with a machete and clear the path so [researchers] simply need to walk down it. And they've got signposts of where to go and pathways—like a well-maintained national park as opposed to going into the midst of the jungle.

Last but not least, we've got "cake operations." One of our recruiters also makes sure that we've got celebrations in place so that on their birthday or anniversary a team member gets a cake and we get together and celebrate. Same goes for condolences and things. Team care is important.

Yes, literally “cake ops.” For celebrating anniversaries and things you've achieved. That's also a part of our work as operations.

It is astonishing to me how granular you have to get. I’m reminded of a quote from the movie The Grand Budapest Hotel. “A lobby boy anticipates the client's needs before the needs are needed.”

I love that quote. I'm going to have to steal that.

Making sure everything is in place for research to run effectively is a massive undertaking. How has your team scaled in response to everything?

When I started, I took over from one person who was putting operations in place. But with one person, it's very difficult to make any inroads. It's such a big job. I've just described the work that we're doing as a five person team and we're busy. As one person, you cannot make a dent, particularly if you're trying to also do admin work. It's just not possible.

Luckily, I'm very blessed to work with some great individuals who believe in me and believe in operations. So I've been able to build the team up by hook or by crook, by people volunteering onto the team internally, and converting people from contract into full time.

What are some of the biggest lessons you’ve learned over the past year, then?

This is where my experience has been so interesting because we are learning. We're making mistakes, and fixing them up, and progressing off of those mistakes. One of the original things that I did was say, “Well, we're going to deliver a research recruitment service to all of Atlassians who do research.” Now I look at this and think that is ridiculous.

So we started out pretty well, but as the service got more well-known, the two week [service-level agreement] went from three weeks, to four weeks, and then eventually just bust. We had so many tickets requesting research recruitment, we couldn't possibly have covered it with a team of five people.

I learned a big lesson on return on investment. All of this was very, very expensive. When you make it easy for people to spend money, it adds up over time. You're looking at $2,500 on average for a study of five people at least. You can be looking into spending hundreds of thousands over a year just for research recruitment. And that’s fine if it’s generating excellent insight that’s driving product improvements, but if it’s not....

So what positives did you take away from the experience?

The one thing that this did give us in return was a really interesting oversight of all the research that people across Atlassian were doing, who was doing it, and what the quality was. It gave us some really good intelligence for how we make changes going forward.

It’s innate to organize the world around me…it’s more about creating spaces where other people can be the best they can be. I really thrive off that. A lot of that is about creating a space for conversation, and perhaps guiding the conversation.

What inspires you the most about the work you do?

For me, it’s innate to organize the world around me. That can sound a little obnoxious—as if I alone know how the world should be running. But it's more about creating spaces where other people can be the best they can be. I really thrive off that. You can see that in the community work that I do. A lot of that is about creating a space for a conversation, and perhaps guiding the conversation.

It's like one of those Russian dolls: various levels of "creating a space" where researchers can do their best work. And so it's enormously satisfying to me when I see all those layers coming together where people around me are happy, they've got good work life balance, and we're achieving things. I feel like they are progressing personally and professionally. Researchers are able to focus on doing research with clear pathways for them to walk.

Tony Ho Tran is a freelance journalist based in Chicago. His articles have appeared in Huff Post, Business Insider, Growthlab, and wherever else fine writing is published. 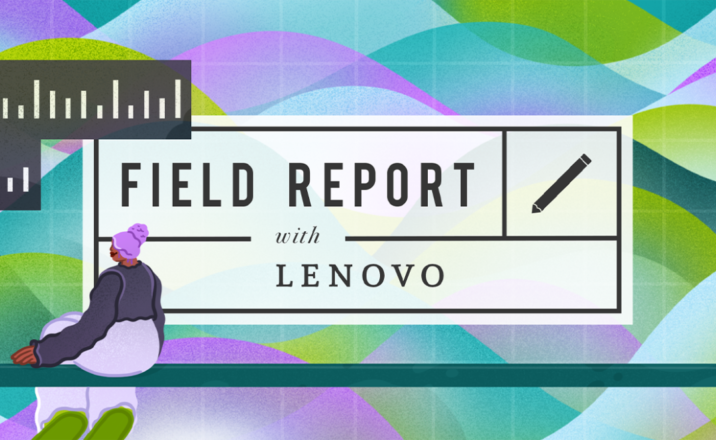 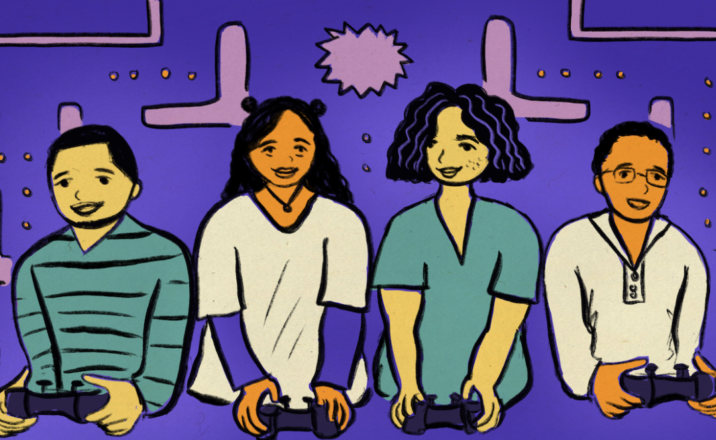 When a Group Interview is Actually a Good Idea

How to Avoid False Insights in Your Research